"It’s difficult to describe my role sometimes, especially as I don’t have a traditional and conventional instrument."

What's your favourite part of the job?

I like the variety of my work. I enjoy performing but it can be intense, so producing keeps the interest there as it’s more mellow. Producing is more stable, relaxed and predictable.

The best bits are when you’re collaborating with someone and you stumble upon some gold: the hairs on the back of your neck stand up. I love those moments, but they don’t last forever unfortunately. For example, you’ll get to a point in the project where you get a bit fed up of hearing it, or the interesting bits you heard in the beginning don’t have any effect anymore.

How did you get into the industry?

I grew up in a seaside town in East Kent where - as far as I know - there weren't many professional musicians to gain experience from. When I was about 14 or 15 years old, our school got these Pentium computers, which were crap but they ran Cubase (a sequencing software that allows you to record, arrange and produce music). I got massively addicted to it. I used to stay there during lunchtimes and after school pretty much every day during my GCSEs and A levels.

I taught myself how to play guitar when I was maybe 13 or 14, so I’ve always had a musical interest. I did music GCSE too which got me really involved in the department at school.

I originally wanted to be a film composer. I don’t know exactly why, but they seemed to inspire me at the time.

I tried to get experience in that area, for example, I did a score for a local youth production of A Midsummer Night’s Dream when I was about 15. I managed to produce the whole soundtrack using this software. That was probably my first bit of proper experience.

I was the sound guy as well, and would produce the tracks. I’d sit in the back with the lighting guy fading the music in and out at the right moments, which is actually related to a lot of the live performance bits I do with Jamiroquai now.

When I left school, I still had this dream to become a film composer, so I thought my best bet was to go to university to study classical music. I was a guitarist at the time, and managed to blag my way onto the course. After uni, I became a runner, because someone told me if you want to get into film, you need to become a runner!

I did that for about 3 years, which involved basically making tea and getting people’s lunches. Some of it was pretty soul destroying, but I met a lot of good people. In fact, I met someone who I started a band with. We decided to just pursue the music dream rather than the entire media world, and were lucky enough to get quite a lot of attention at the time for an underground electronic duo.

We eventually stopped working together and I carried on producing for other people and some media composition. 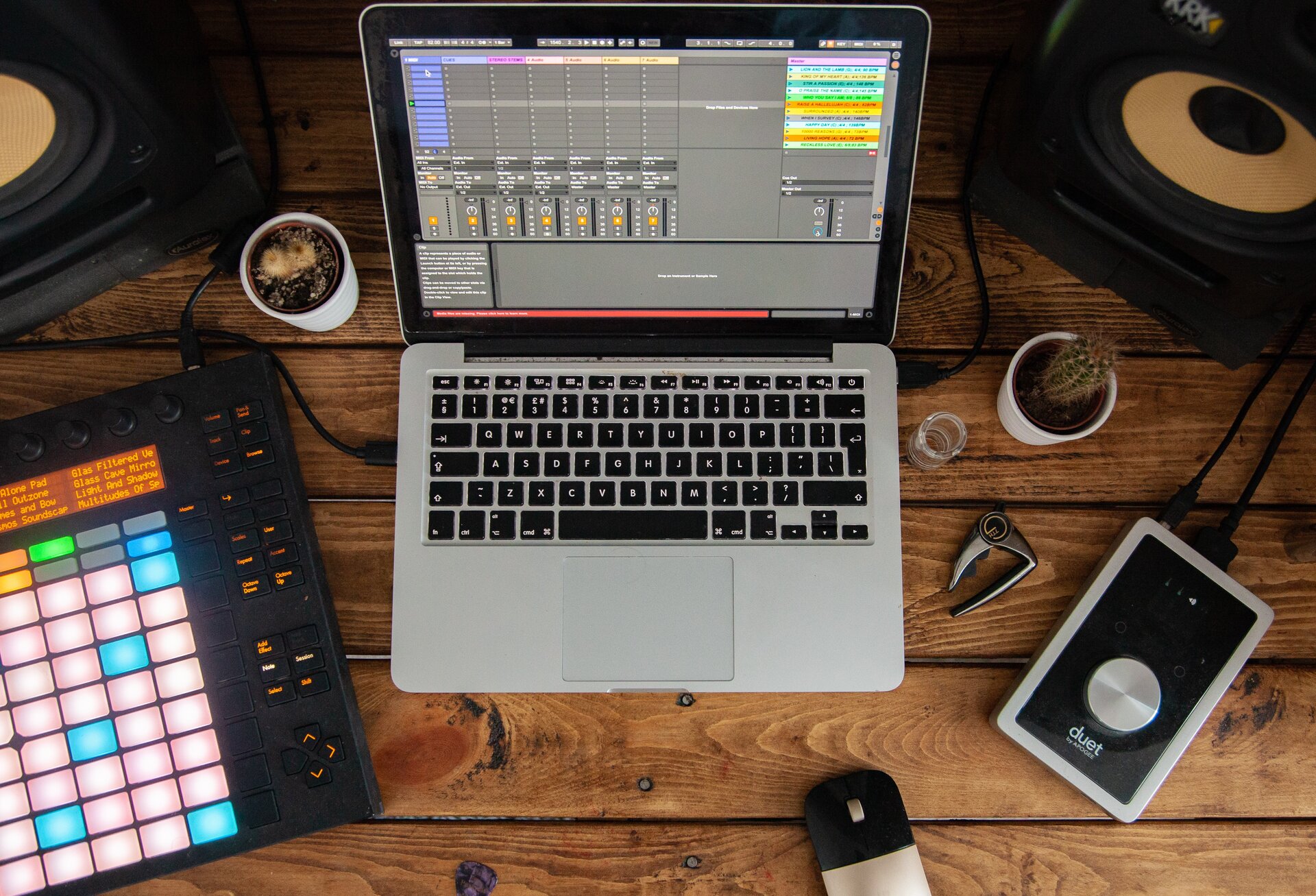 Is film composing still the dream?

No it’s not. Although, I wouldn’t mind doing music for a computer game. The experience I had with film really made me lose interest. A lot of people didn’t appreciate the work I was doing.

I’ve still got friends who make films who I’ve written music for while we were growing up who are now relatively established - I do still collaborate with them. But I’m not looking for composer jobs anymore.

What's your advice for anyone wanting to enter into the music industry?

I always think the music industry is like the wild west. There are less rules than before and it can be ridiculously tough.

Someone said to me that it would take you about 10 years longer to get to where you think you’re going to be in 2 years. That was sort of true, actually.

You can be really lucky and have things work out straight away, but not generally speaking.

I’d also recommend trying to stay relatively open-minded. One of my roles is performing electronic music using Ableton Live, which is my main instrument - on the computer. I never would have thought that there would actually be a job where I could play this software live for a band. I had no idea that this role even existed.

Proudest or coolest moment (so far)?

My coolest moment would probably be when I did Coachella and performed with Snoop Dogg on stage. I grew up listening to his music and that whole genre. I also realised halfway through the show that Tyler the Creator was at the front watching the show, who came back afterwards to shake our hands, which was also so cool.

The proudest moment that springs to mind goes back to when one of my best friends and I would listen to Jamiroquai when we were a lot younger. We'd have ‘Deeper Underground’ on repeat and just dance around my bedroom. When I went on tour with Jamiroquai, we reinvented the track a bit and I got to contribute to it. Playing that song on stage and playing that song to the friend who came to the gig was incredible.

What’s been the biggest hurdle you’ve faced to date?

Financial stability is one of the biggest challenges for music. I didn’t necessarily grow up with a very wealthy family to support me through what was a very challenging career choice.

But when times get tough and I’ve thought about doing something else, there’s nothing else that I want to do.

For stability, I’d recommend trying to develop a portfolio of publishing so that you can have a bit of money coming in, even if you do nothing else - a passive income. Get as much written and out there, with your eggs in different baskets, whether that’s production, music libraries or just getting your music used in things. But it takes a long time to build up!

I also think a challenge is trying to maintain a normal life at times working in music. When I compare myself to my friends, I’m not in the same position that they might get to in three years or so being in different industries. 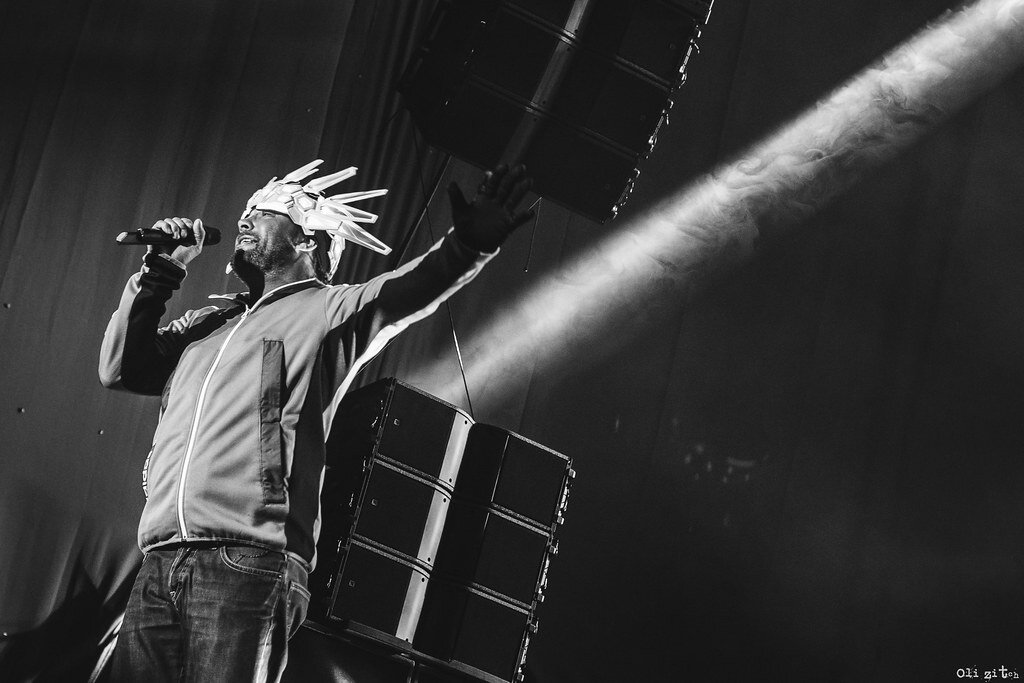 What’s your goal at the moment?

During the pandemic, one thing I was able to do was to get on with a lot of production and independent projects with friends. It was nice to have time to develop those projects that we’d been talking about for years but hadn’t found the time for.

So my goal right now is to see through some of those projects, plus getting my own EP out there would be great. I’ve never done my own release - I’ve only ever collaborated with others.

To stay up to date with Howard and find out more, check out his Instagram.

Do you know anyone who could feature in a success story? Email us at megan.timbrell@sortyourfuture.com!

Sort
<p>Sort is your gateway to amazing career opportunities. Be inspired to find the right roles for you, connect with employers,...
Follow Sort on
Related articles