Scott James is the founder of Coaltown Coffee, a specialty coffee roastery based in South Wales in a small town called Ammanford. We met up with him recently to find out how his passion for coffee led to entrepreneurial success. Here's what he had to say:

We roast coffee, which has weirdly, the term ‘black gold’, which also refers to the mining industry, so it’s got this really nice connection.

Back in 2013, when I was 20, it started off as a really small business which was originally named ‘Roasted Joe’s’. My Mum and Dad had a cafe, so I was brought up in cafe environments. I loved it, being brought up on coffee and visiting roasteries when I was really young.

I pretty much failed everything in school, and when I left, I got a voluntary job in the National Trust, which was great - I never wanted to leave. It was my dream; I loved history and speaking to people. I ended up becoming a teaching assistant, which wasn’t me at all. In the background, I started to develop my own business (‘Roasted Joe’s).

I was told some advice a couple of years ago, which is that when you’re starting a business, you know when it’s right. It gives you this kind of ‘yes’ feeling. I couldn’t agree more with what she said to me because it’s 100% what it felt like when I started Coaltown as opposed to Roasted Joe’s.

With Roasted Joe’s, we didn't roast our own coffee, and just bought it from other roasteries, boxing it up and sending it out to subscribers online. What I really wanted to do was to get into roasting. I didn’t have enough money at the time to buy a commercial roaster, so we actually built our own roaster, using parts from a Ford Ka and a barbecue! That was the starting point for the brand, when we started supplying customers and cafes and the brand changed from Roasted Joe’s to Coaltown.

It had more meaning because it was connected to a local area, with Ammanford being called ‘Coaltown’.

We started out in my Mum and Dad’s shed and moved into the garage, and over the years we just grew as a business and have been able to take on this really cool space down in Ammanford which is now a 4000 square foot roastery, which has a training school, a cafe, an office space, and a production facility as well. 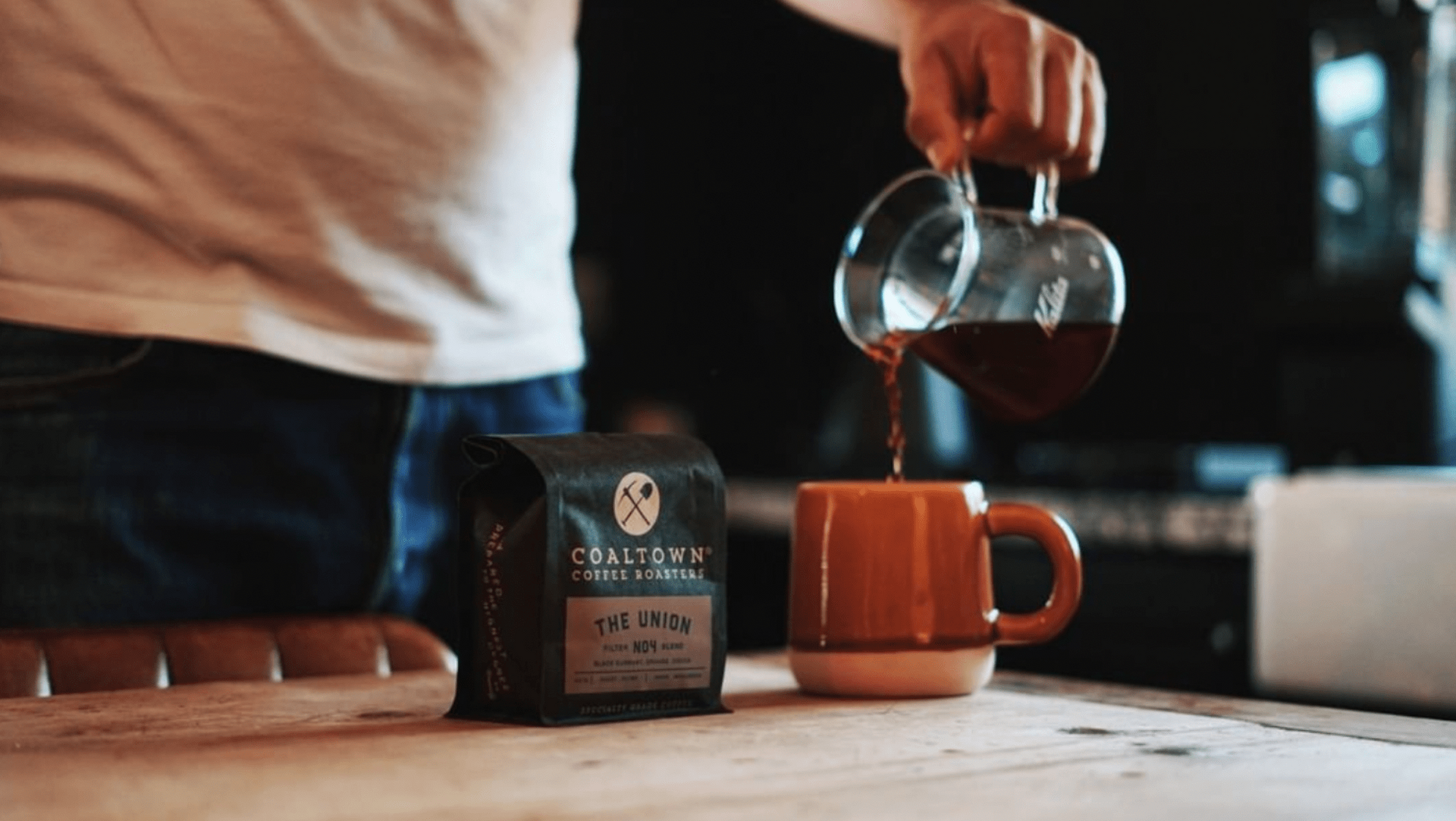 I started the business on my own - my Mum and Dad gave me all the advice I needed at the beginning, joining the business as helping hands. They’ve been just as captivated by it as I have and have been really involved over the years. I have been really lucky because both my parents have the right skills you need to start a business. My Mum is very financially savvy - always making sure that I’m making money. My Dad is very technically minded. He’s great with espresso machines and designing spaces as an engineer and has a degree in architecture (you know, just by chance!)

Were there any big hurdles you faced in setting up your own business?

If I’m honest, setting up the business was pretty straightforward. I was in the right place at the right time to get in that gap in the market. What was harder was getting established. There’s less pressure as a young person setting up a business. I was lucky enough to live at home and have a job which helped pay for the business.

But the older you get and the more responsibility you have on your shoulders, the harder it becomes.

What do you think differentiates Coaltown from other coffee producers?

When it comes to quality control. We want to ensure that coffee tastes as good as we want it to. There are a lot of variables to consider when brewing coffee, such as how someone brews it at home. It’s not a finished product like a jar of marmalade!

So a lot of what we do is education. We have a lot of training programmes, on our website, as well as YouTube tutorials to make sure customers can brew it as if they were brewing it in the industry. We’re really big on teaching people to be a home barista.

When it comes to differentiation, it’s getting harder and harder.

We are very purpose-driven, especially with our ambition to bring industry to a post-industrial town.

What’s your favourite way of brewing coffee at home?

Espresso for me is a quick brew in the morning, then head off to work. Then on the weekend, it’s more Kalita (pour-over coffee), slow brew, and spend the weekend chilling reading a book or something!

Advice to your younger self?

It would be to believe in yourself and believe in your gut feeling. Gut feelings are typically right. You obviously compare yourself a lot when you’re younger, for instance to other brands and think how much better they are. You’ve got to believe that you’re just as good and that other people are looking at you and thinking, “I wish I was as good as them”. You have to have confidence in yourself. That’s what I’d recommend to anyone starting out. Believe in what you do, and believe that the decisions you’re making are the right decisions at that time.

It was becoming B Corp certified. We were the first specialty roastery to become certified in the UK. And now a lot of roasteries have followed suit. And despite being in lockdown immediately after we were able to announce it, it was still a really proud moment for us.

But even returning back to those smaller moments like your first bag going out are super proud moments. Roasting the first batch of coffee was huge.

Do you have a goal at the moment?

It would be to get these post-industrial towns to produce something again, and something that won’t affect the environment as well. Despite being called Coaltown, we absolutely want to be the opposite of what the coal industry was in the sense of being as green as possible without sacrificing the quality of the products.

We try to have as little effect on the environment as possible, with everything from caps to packaging - everything’s domestically compostable without any microplastics.

I think we’ve achieved the goal in Ammanford, but the next goal is to do it in another town.

Do you know anyone who could feature in a Sort Success Story? Nominate them by emailing megan.timbrell@sortyourfuture.com!

Sort
<p>Sort is your gateway to amazing career opportunities. Be inspired to find the right roles for you, connect with employers,...
Follow Sort on
Related articles