The very best of 'how it started' vs 'how it's going'

If you're in need of career inspiration or feeling stuck, it can help to look at where your role models started out, not just where they are now. We love each of these 'How it started vs How it's going' stories for the ways in which they reveal the power of persistence, self-belief, flexibility, and the importance of grandmothers!

Ben Francis launched Gymshark when he was only 19 at home in 2012, and it's now worth over £1 billion. The company started out as a supplement brand, before diversifying into clothing which is where they found their big break. Francis' grandmother taught him, his brother and a group of friends how to use a sewing machine in order to make the clothing. 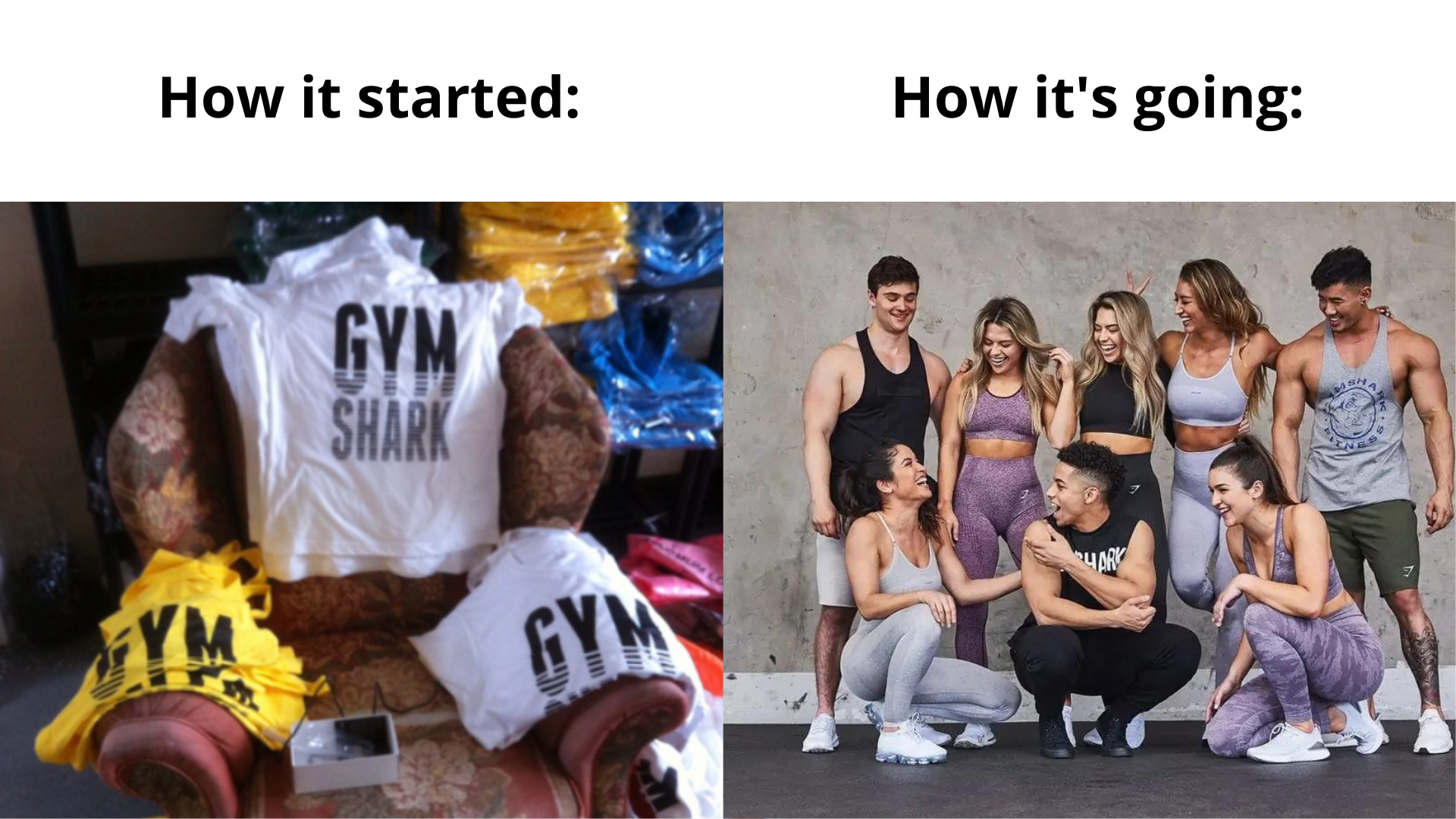 This one speaks for itself, really.

Amazon's success is undeniable, but it began in 1994 from humble origins in Jeff Bezos' family garage. It's now worth $1.7 trillion! 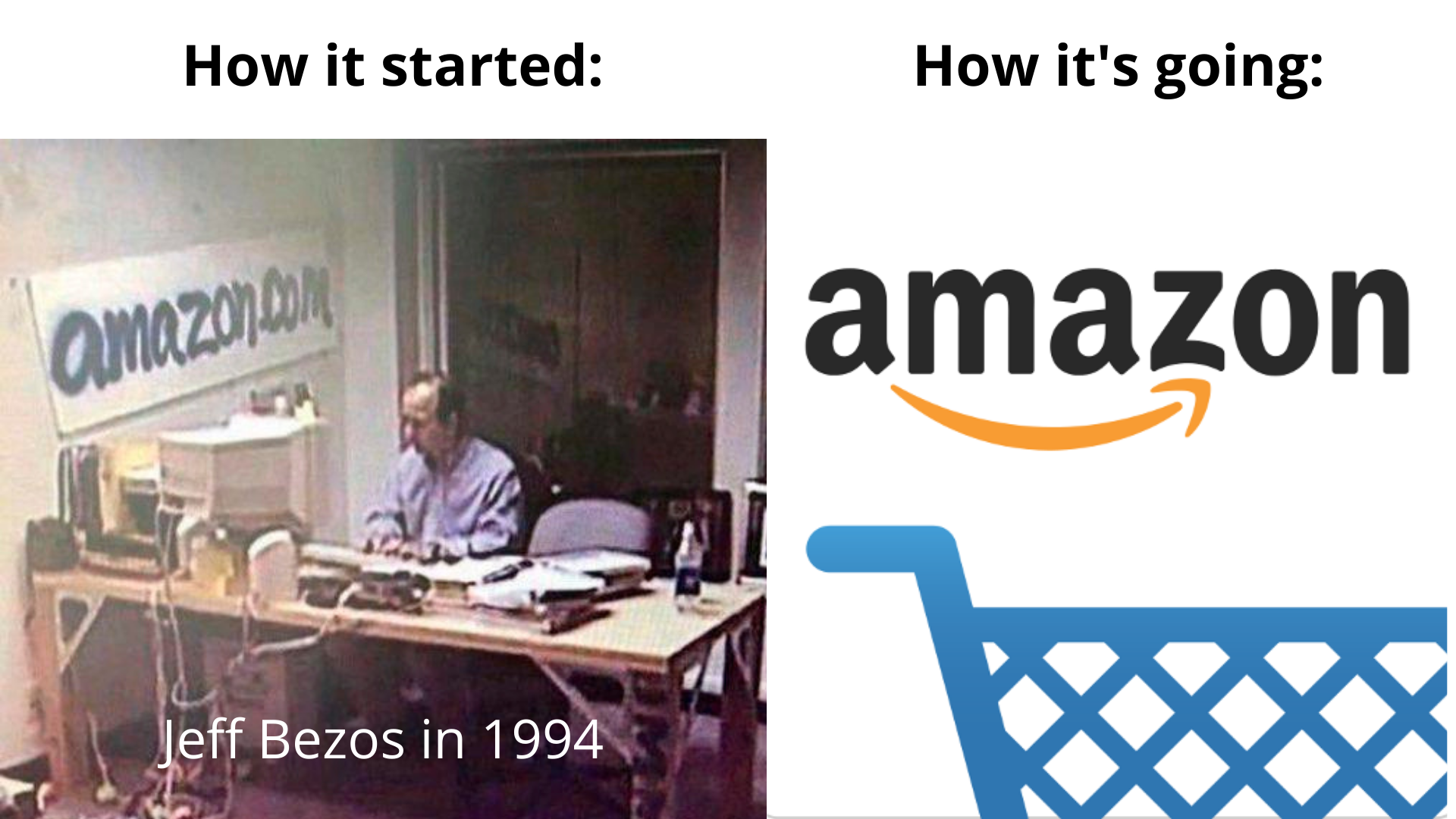 Founded in 1997, Netflix is a great example of how keeping up with changing times and adapting to new technology are vital to success. The world we live in is rapidly changing with advancing technologies, and adapting to these changes can be vital to staying ahead of the curve. 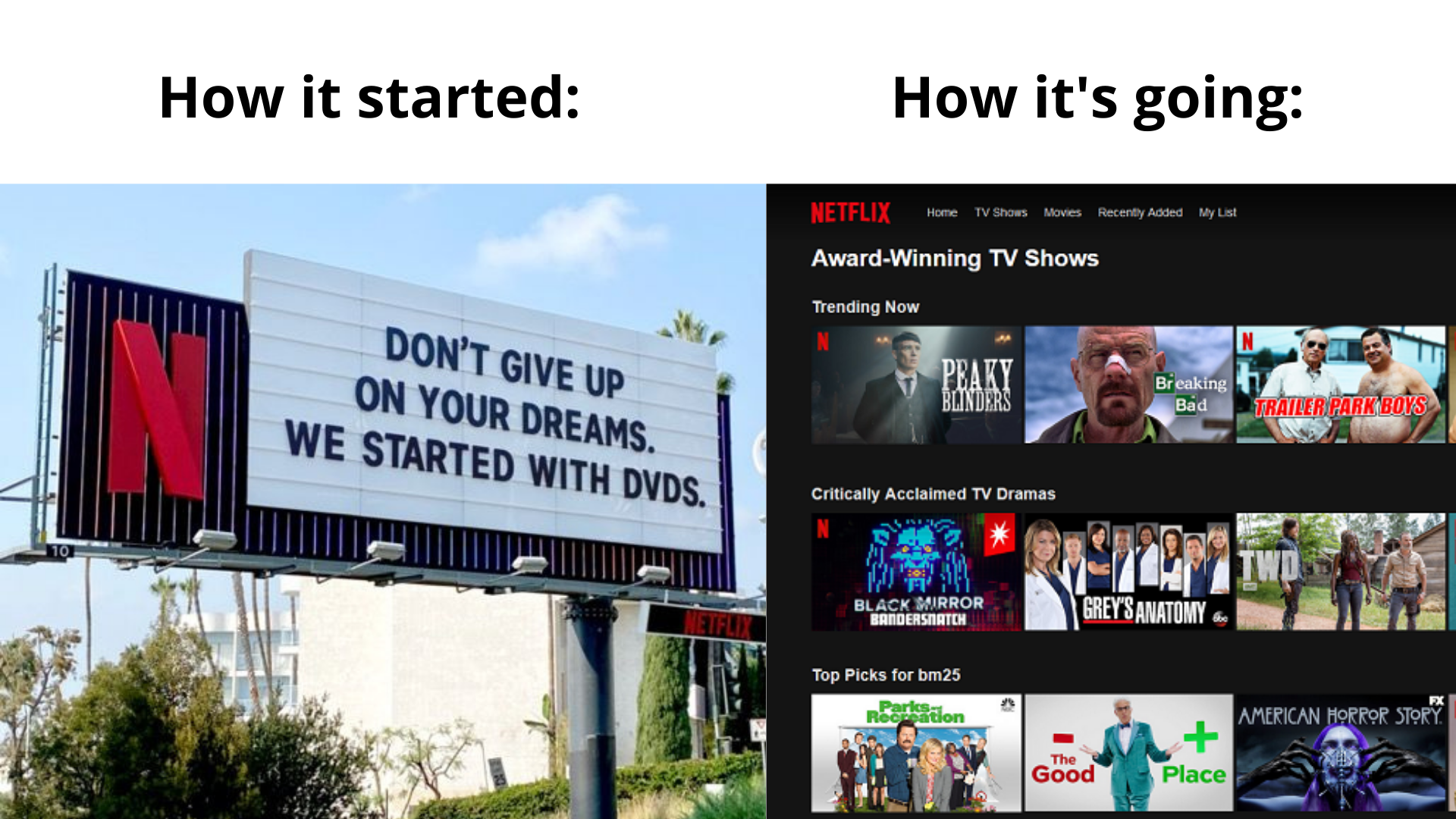 At only 24 years old, Simone Biles has become the U.S. Gymnastics poster girl, winning 25 gold medals (so far!), and being an incredible role model for sufferers of mental health issues and abuse. 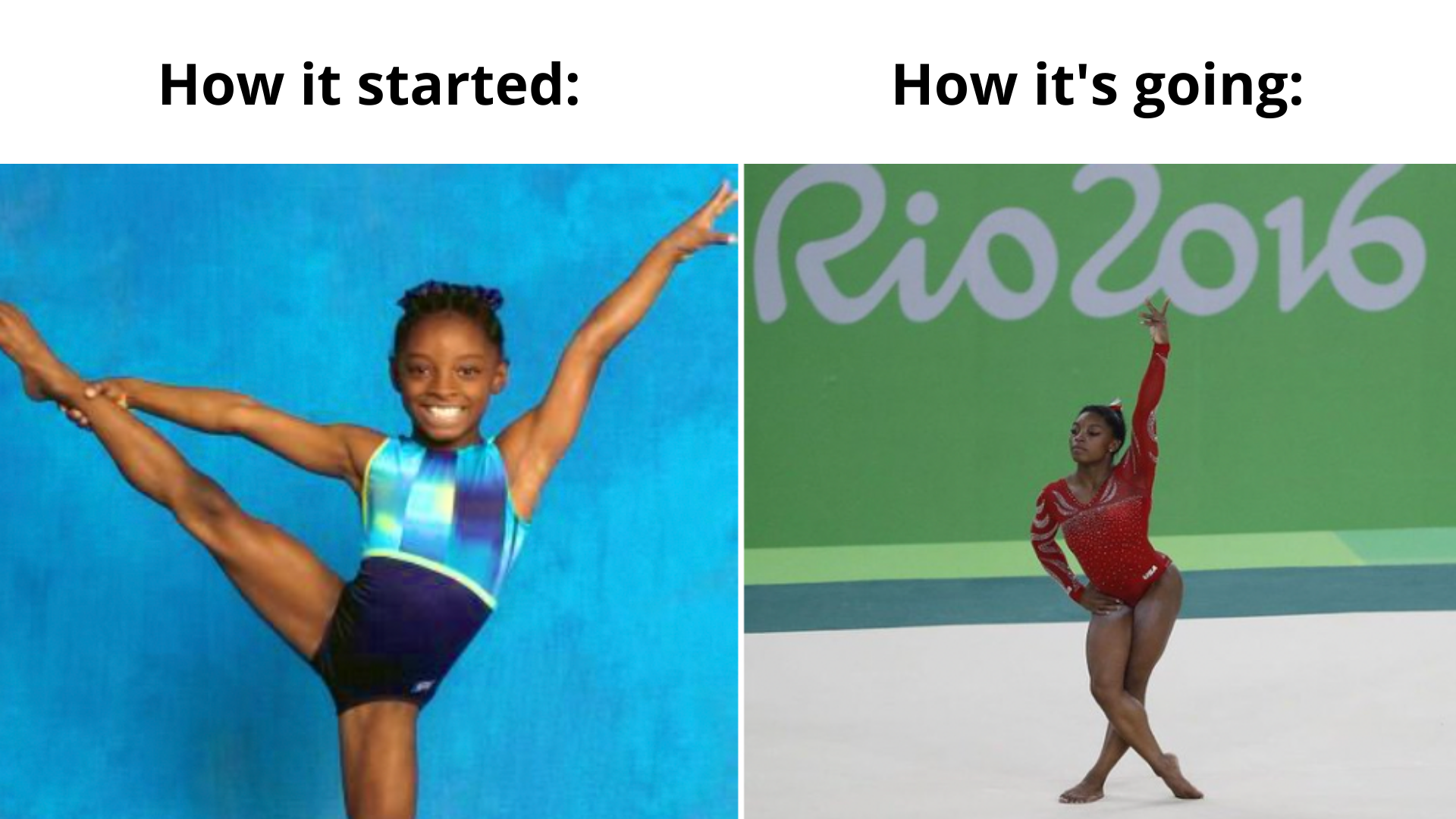 Hwang Dong-hyuk was rejected for 10 whole years before Squid Game made it onto our screens, and is now the highest grossing Netflix TV series ever.

He has his own inspirational story of overcoming rejection, having to sell his laptop to make enough money to live while living with his mother and grandmother. His journey to success proves the power of persistence and not give up on your ideas, no matter how many times you're rejected. 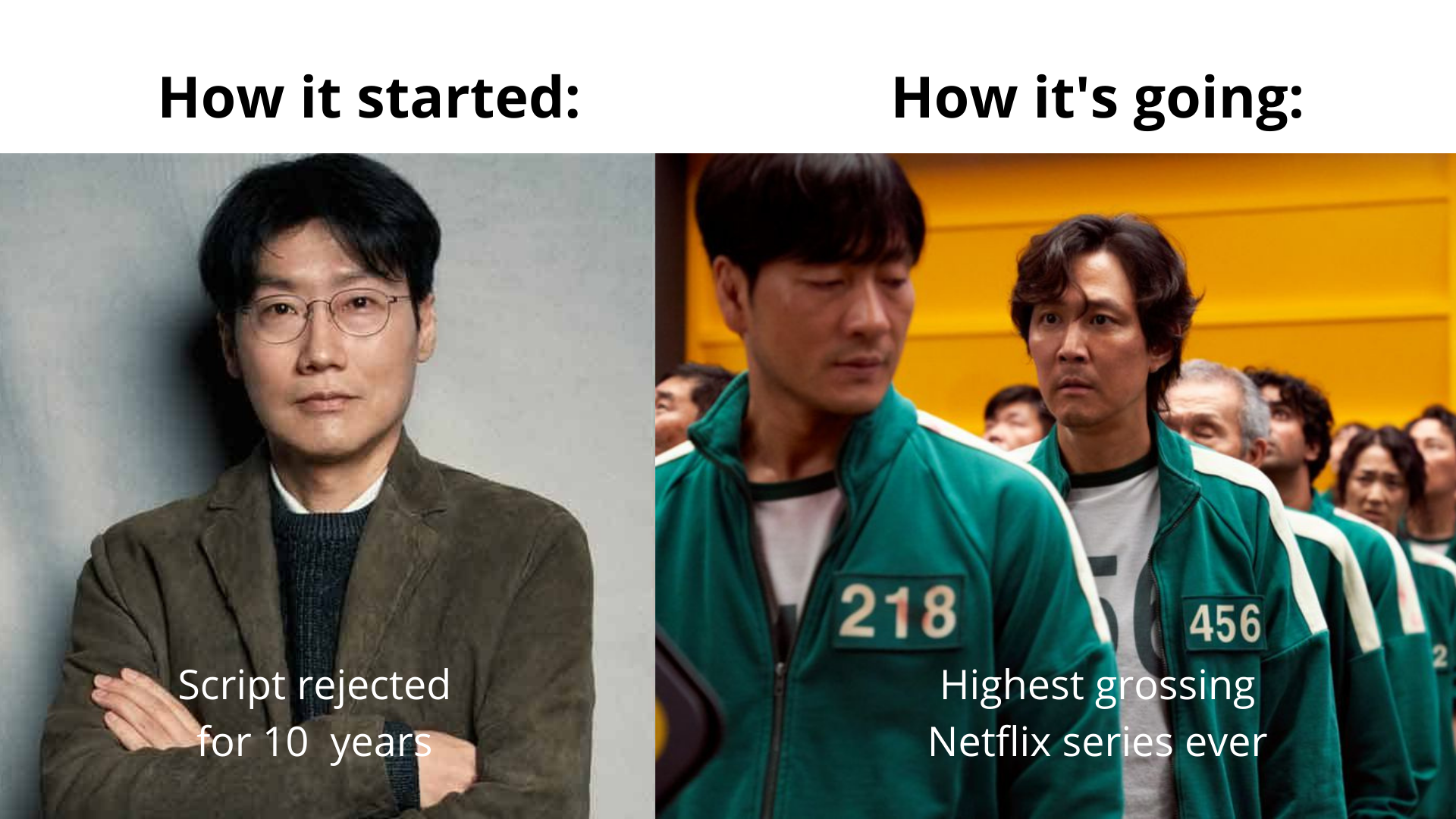 Thomas Pesquet was the 10th astronaut from France to head into space. During his stay in space, he took part in over 50 experiments and the six crew members set a record for hours of time spent working on science.

A dream job for many, it can be humbling to look back at an astronaut at such a young age, to see how far they've come, and that once upon a time they were just like you or me. 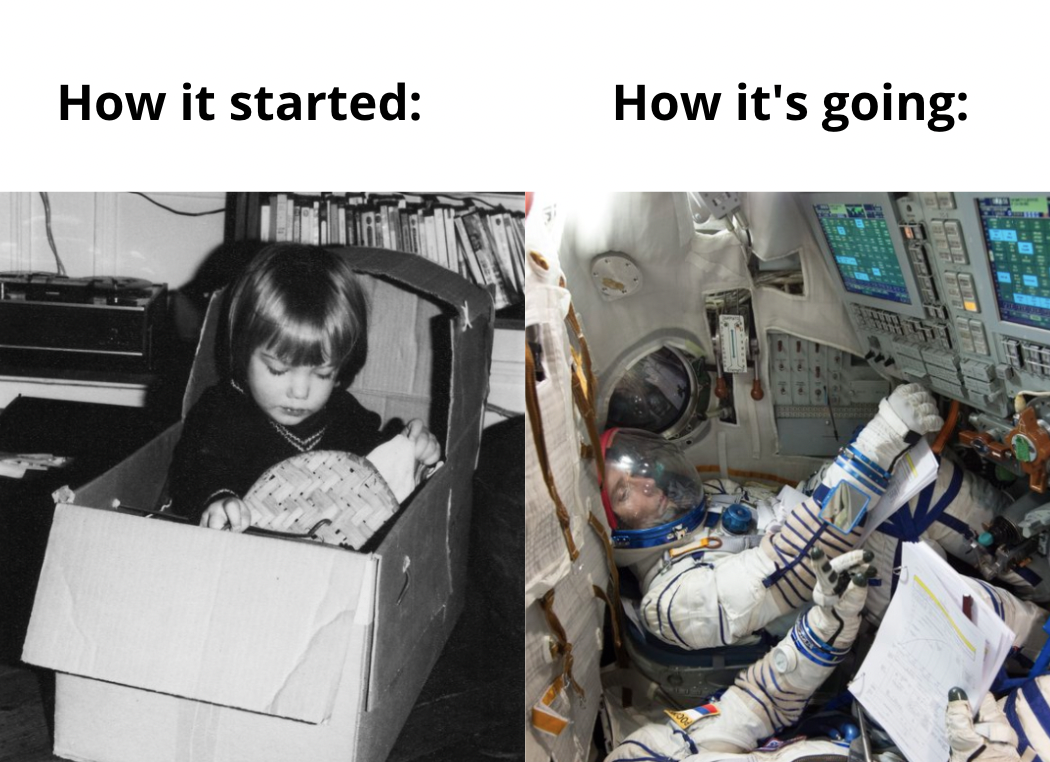 How to get off the career conveyor belt and find your true ...

Do you ever look around at where you are in life and think 'how on earth did I find myself here?'. A little like when...

How To Deal With Recruiters When Applying for Jobs

Did you know there are more than  12,000 recruitment agencies  in the UK? Each one has hundreds of clien...

Do you love sport and have a knack for creating content? We recently chatted to Alex Emery, Senior Assistant Produ...

We spoke to Cathryn Barnard, co-founder and director of Working the Future , who provide work trend intelligenc...

Job search habits to leave behind in 2021

If bringing in the new year means bringing in a new job, then keep reading to find out if you're still making any of th...

What is accounting? Accounting involves the measurement and management of the financial information of an individua...