I recently sat down with coach, content creator, and founder of Revolution Hive - Keshav Bhatt where we explore how important it is to develop the courage to resist conformity, external expectations and society's limiting ideas of success.

Having built over a period of about ten years, a YouTube Channel with over 70k subscribers; a thriving social enterprise; and an enviable list of coaching clients (including Penguin Random House executives) - Keshav Bhatt is a great example of what can be achieved with steady and consistent effort.

Although significant parts of his journey were written off as 'failures' - either by himself or others - his eventual response to those periods means that he's now leading a life that doesn't just look good on the outside but also feels good on the inside. In 2012, he started Revolution Hive after realising that the transition to university life was nothing like he'd imagined. His big ambitions were shattered after being rejected from all five of his top university choices - leaving him to reluctantly take up a place at a university he didn’t choose. 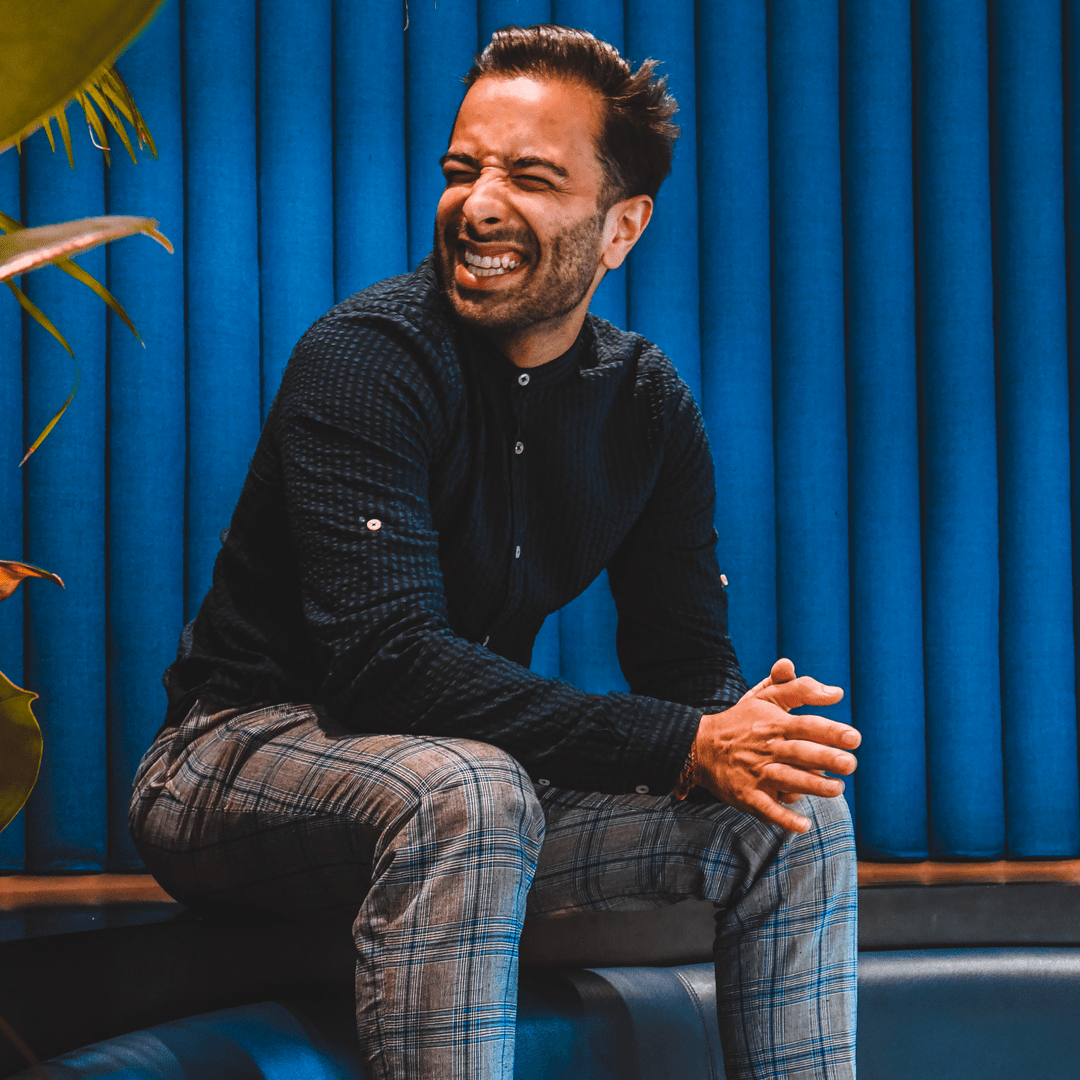 For many young students and their families, beginning a degree at any university would have been cause for celebration. But for Keshav, the rejection felt crippling.

Feeling defeated, he began his degree lacking the enthusiasm needed to excel. An unproductive period of binge drinking amidst a recent breakup exacerbated the feeling that he ‘wasn't enough’. Unsure of whether he was failing the world, or the world was failing him, his anger and frustrations were directed at the mainstream education system which he felt wasn't doing enough to set young people up for true success.

Reflecting on the 15 years he'd spent in school, college and now university, he felt it was a sad state of affairs that there were no lessons on how to tackle common issues faced by young adults – such as coping with rejection or a breakup. When he was eventually prescribed antidepressants, the side effects he experienced were his wake-up call. He knew that he needed to choose a different path for himself – immediately.

A new sense of purpose and discipline.

Around this time, a family holiday gave him the space he needed to reflect on what he wanted for himself moving forward. Concluding that the disillusion that he seemed to permanently feel might be a sign that the conventional route from degree to stable employment might just not be for him, he made a move that often marks the beginning of many great business stories - he decided that he would create a business that would provide what he wished he'd been given access to years sooner.

Drawing inspiration from his own frustration, Keshav developed Revolution Hive, a social enterprise designed to equip young people with the real life skills and lessons they need for the real world. And of course, along the way, he learned those skills for himself. The positive feedback that he received from a workshop that he designed and delivered in Birmingham's City centre, motivated him to keep moving.

Over the next year, a handful of professional development programmes, mentors and funding opportunities enabled the company to grow - delivering workshops in schools, colleges, and universities up and down the country. Eventually he developed a small team which then freed up space for him to deliver value in other ways. So throughout that time, Keshav delivered TEDx talks; guest lectured at universities; and built up the 70,000+ subscribers on his YouTube Channel.

But despite his unwavering commitment and the success he experienced as a result, Keshav still occasionally found himself looking at his peers and wondering why other initiatives which had taken off at the same time as Revolution Hive, seemed to be experiencing greater success.

Meanwhile his new relationship also began to negatively impact his self-esteem. While his peers and colleagues were in awe of his achievements, in his personal relationship he was seen as someone who wasn't making enough money; hadn't gone to the right university; and should've chosen a more conventional career. This experience triggered another gear-change.

Although he knew that the criticisms were unhealthy and unkind, he wondered what things would be like if he'd decided to strike more of a balance between making changes in society and making money. After moving on from the relationship, he focused on building his financial reserves by working for companies in Diversity and Inclusion roles which enabled him to triple his previous income.

He did this, not because he needed to prove himself to his ex; her family; or anyone else, but because it made sense for where he wanted to go moving forward. For him, it was about realising that he could do more if he had more. After going for so long without having to produce a CV, doing so now felt extremely tedious. But it paid off.

While being headhunted by corporate companies to manage their global Inclusion and Diversity programmes, he now splits his time between his social enterprise and his work as a corporate coach. This balance allows him to comfortably fund his various endeavours. It has also allowed him to invest in a well-equipped home studio providing even more motivation to show up for his YouTube channel.

I met Keshav in 2012, when we both took part in the Uprising Leadership Programme, shortly before he started Revolution Hive and his YouTube Channel. Realising this was almost ten years ago, I asked him how he's managed to stay so incredibly consistent with his content creation for almost a decade. For him, a big part of it is knowing that whatever you're doing doesn't have to be your forever thing and that the urge to do other things will come and sometimes it's OK to follow that. The style and content of his channel has evolved over the years, but the channel itself has remained.

"...whatever you're doing doesn't have to be your forever thing and that the urge to do other things will come and sometimes it's OK to follow that."

It seems that when we tell ourselves that change is wrong, commitment becomes a source of anxiety, because we're afraid that it might not be the perfect, forever thing.

He says that even now, he regularly questions whether he should continue - wondering if the time it takes him to craft his perfectly-put-together content (for free) could be put to better use. But at the same time, he has learned that simply having started something, shouldn't leave a person feeling forced to keep it going. The motivation must come from the right place.

Maybe, if he had allowed himself to be purely led by the conventional, he would've continued at university and ended up in a stable, yet flat career that he loathes. While on the other hand, had he allowed himself to be purely led by his maverick spirit, the destructive path he was on might have meant that he'd have ended up equally as miserable. What's certain though, is that having brought the two together - the conventional and the alternative - he's ended up on a path that he's now truly proud of.

"...having brought the two together - the conventional and the alternative - he's ended up on a path that he's now truly proud of."

Looking back, he says that the backing of his parents in the early days of his entrepreneurial journey meant that he did not have to worry about basic needs like paying rent or having enough to eat - so he was able to go all-in with his endeavours.

Tired of the unrealistic narratives surrounding entrepreneurship, he thinks it's important to highlight the financial support he received. He's keen to avoid contributing to the kinds of romantic narratives that often set others up to fail.

Society tends to glamorize the entrepreneur who quits it all to take the leap. There's this idea that chasing your dreams and getting a 9-5 job are mutually exclusive. But to get to the next level, sometimes we need to recognize this is not always a simple binary choice.

Guide to roles in Hospitality and Catering

Hospitality is a broad career path where creating a great customer experience is vital. In fact,  45% of the rol...

Why work in Hospitality & Catering?

Looking for a career path that takes you to exciting places? Whether you are interested in travelling the world with a...